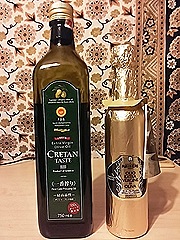 At that moment, all the students in the classroom let out a scream. Raising a hand and mouth dropping open, I stared at my teacher. It was one scene at an English class, which I started to take at Chukyo University this week. Actually, the course had already begun at the beginning of last month. I was a little nervous to enter the room before the class because I did not know what the class and my classmates were like. Hoping to relax myself, I took a deep breath, and then opened the door timidly. But it was soon revealed that I already knew most of my classmates. The room was filled with greetings as if I was in a class reunion.

The English course is entitled “Life in Our Changing World 2.” Oh, I must have missed #1 in the first semester! The course description on the leaflet says: Nowadays, our lives and the world around us are changing faster than ever before in history. People are living longer, yet they are also suffering from new diseases. Now countries are forming and old countries are breaking up. Scientists are making new discoveries and creating technologies – some useful, some dangerous. Even our way of thinking is changing: we used to read long novels, but now we surf the Internet. On this course, we shall look in detail at some of the changes that are so dramatically affecting our lives, and discuss their significance.

In line with this, the topic of that day was change in the field of health and medicine. For example, dairy products, such as milk, butter and cheese, were thought to be good for our health because of their high calcium and protein content until about 40 years ago. But people started avoiding them as they were afraid of taking too much cholesterol. Now it is known that they do not affect people’s cholesterol levels directly. We produce cholesterol inside and stress rather than dairy products elevates its levels.

Okay, let us go to the beginning. What happened at that moment? The teacher said to the class, “Raise your hand if you use olive oil at home.” All of them raised their hands and waited for what was coming next. “Extra virgin oil changes to trans fatty acid after heating…” said the teacher with gravity. “Whaaaaaaaaat?!” “Reallyyyyyyyyyyyy?!” All the students made a big exclamation in surprise.

That is, cold pressed olive oil also can be transformed when it is heated. Meanwhile, olive oil extracted by other ways such as heat or with chemicals will not change when it is heated. So, we should use cold pressed olive oil like extra virgin for unheated food such as salads, and use cheaper olive oil (in general, non-cold pressed oils are cheaper) or other kinds of oils for cooking. But the teacher added, “You shouldn’t think about it so seriously. Look at Italian and Spanish people. They don’t mind it so much, yet Mediterranean diet is generally healthy.”

After studying about oils, the teacher gave the students a new scientific discovery: Brain repair may be boosted by curry spice! If you cut your skin, the wound will heal gradually. Of course, this is as long as the injury is not so serious, though. And if your brain is injured, what would happen? The damaged cells will never heal again. Brain cells are never regenerated. However, researchers in Germany have found recently that a substance called aromatic-turmerone contained in turmeric could encourage the growth of nerve cells, which is thought to be part of the brain’s repair kit. We might conquer some brain diseases like Alzheimer’s in the near future. In addition, curcurmin, another substance in turmeric is also known for its anti-cancer, liver-protective and –repair benefits. Oh, should I eat curry more? Anyway, I went to a grocery store to buy oil for cooking after the class.